The agriculture in Iran 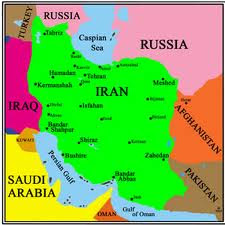 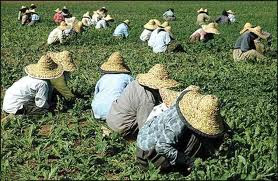 Introduction to Iranian country and people

, officially the Islamic Republic of Iran, is a country in .
is a country of mountains and deserts. is dominated by a high plateau, with large salt flats and vast sand deserts. The plateau is surrounded by even higher mountains, including the Zagros to the west and the Elburz to the north. ’s neighbors are , and on the north, and on the east, and and on the west.
's geography consists of a plateau surrounded by mountains and divided into drainage basins.

The Iranian people are an Indo-European ethnic-linguistic group, consisting of the speakers of Iranian languages, a major branch of the Indo-European language family, as such forming a branch of Indo-European-speaking people.
Their current distribution is spread across the Iranian plateau, stretching from the Indus in the east to central Anatolia in the west, and from Central Asia and the Caucasus to the Persian Gulf - a region that is sometimes termed the Iranian cultural continent, or Greater Persia by scholars, representing the extent of the Iranian languages and influence of the Persian People, through the geopolitical reach of the Persian empire.
Current Population of
-2011 census =74,700,000
-2012 estimate =78,868,711 (18th).
-Density: 48/km2 (162rd) -124/sq mi.

Like other Indo-Europeans, the early Iranians practiced ritual sacrifice, had a social hierarchy consisting of warriors, clerics and farmers and poetic hymns and sagas to recount their deeds.
The culture of is a mix of ancient pre-Islamic culture and Islamic culture. Iranian culture has long been a predominant culture of the Middle East and , with Persian considered the language of intellectuals during much of the 2nd millennium, and the language of religion and the populace before that.This influence carried forward to the Islamic world.
Nowruz was registered on the list of Masterpieces of the Oral and Intangible Heritage of Humanity and described as the Persian New Year by the UNESCO in 2009.

0.707 (high) (88th)
+Currency Rial (IRR).
The United Nations (UN) classifies 's economy as semi-developed (1998).
In the early 21st century the service sector contributed the largest percentage of the GDP, followed by industry (mining and manufacturing) and agriculture.
In 2008, 's official annual growth rate was 6%.
In 2009 GDP was $336 billion ($876 billion at PPP), or $12,900 at PPP per capita.
In 2010, the economic reform plan was approved by parliament to cut subsidies gradually and replace them with targeted social assistance. The objective is to move towards free market prices in a 5-year period and increase productivity and social justice.
Iranian Cuisine
The cuisine of is diverse, with each province featuring dishes, as well as culinary traditions and styles, distinct to their regions. The main Persian cuisines are combinations of rice with meat, chicken or fish and some onion, vegetables, nuts, and herbs.
Iranian cuisine or Persian cuisine is one of the world's most ancient and developed styles of cooking.
The main foods are rice, bread, meat and vegetables.